Bihar and UP are considered as backward zones. But the reality is far from this hoax. They have produced some very intelligent IAS officers, and also some amazing singers and actors who have went on to international platforms and gained fame.

Although there is no dearth of actors in Bihar and UP. But not everybody can be termed as the best. Some of them take extra effort to make it to the top. And to recognize those efforts, we list below the top 5 actors of Bhojpuri Industry.

Along with acting, Dinesh is also a superb singer. According to his fans, acting comes naturally to Dinesh Lal Yadav. His fan following on Facebook and Instagram touches 1 million each. Some of the blockbuster movies of Dinesh Yadav are Patna Se Pakistan, Ghulami, Pratigya and many more.

No just in Bhojpuri industry, Manoj Tiwari is also a big name in Bollywood. He has given numerous hits in both languages. Some of his great movies include Dharti Kahe Pukar Ke, Bhole Shankar, Ganga, Deshdrohi, Hello Darling and many more. And, he is not just a popular actor, but a great singer as well. Along with that, he is a renowned BJP Politician as well.Also some of his Bhojpuri songs are immensly popular worldwide as well, you listen to them on bestoftheyear for free. If you wish to view the website in हिंदी, you can do so here.

He is also a great Bollywood actor along with doing Bhojpuri movies. His natural language is Bhojpuri, which is also reflected in Hindi movies. And because of that, he is even more liked and loved by whole of the country. Some popular movies in Ravi Kishan’s list include Devra Bada Satawela, Tere Naam, Ganga, Love Aur Rajneeti, Bajatey Raho and some more. He has worked with many superstars in Bollywood, like with Salman Khan in Tere Naam and Amitabh Bachchan in Ganga.

A great singer as well as a great actor, Pawan Singh is the superstar of Bhopuri industry. He is the most beloved of all the people, making his fan following on Facebook reach to 10 Million. He is also one of the most searched personalities on the internet. Popular hits in Pawan Singh’s kitty are Satya, Tabadala, Challenge, Pratigya, Devra Bada Satawela, etc.

Khesari LalYadav has much more following from Andhra Pradesh than from Uttar Pradesh. He has done many noticeable works for general public in AP, because of which he has become their favorite. Some super hit movies of Khesari Yadav are Kachche Dhaage and A Balma Bihar Wala.

As we saw in the list above, there is not much distinction between the singers and actors. Mostly all of the Bhojpuri singers are also some great actors. And their songs as well as movies are being watched by millions of people in the world.

The time is not far when Bhojpuri film industry will surpass Tamil and Telugu movieindustries and become the 2nd biggest movie market after Bollywood. And soon, if it continue to grow at the same rate, it will surpass the Bollywood industry in making best world class movies. 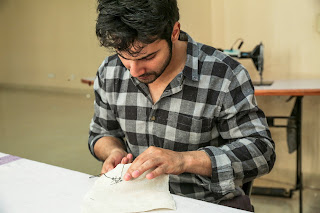 Varun Dhawan is the son of David Dhawan. David is a very popular director. And following his father’s path, Varun also became an assistant director to Karan Johar for the movie My Name is Khan. Seeing his dedication and efforts, Karan Johar decides to launch him in his next movie, Student of the Year.  Varun Dhawan     In the movie, Student of the year, Varun was seen opposite Alia Bhatt and Siddharth Malhotra. Just like Varun, even other two were also newcomers. While Varun and Alia became instant hits, Siddharth Malhotra is still struggling for fame. All his new movies are going into the flop zone. Varun Dhawan and Alia Bhatt Movies When this movie was released, both of them were rumored to have started dating. Their onscreen chemistry was attributed to the fact that their off screen chemistry is also super amazing. And hence, all their movies were given extra love and attention by all the people of the world. Some of the popular movies